Kebabs: A legacy of migration

A reflection on food as a symbol of identity. Focusing on Kebabs as a legacy of the Turkish Gastarbeiter in Germany. With a comparison to the UK's current situation with the Windrush Generation.

After a tough day, there is nothing quite a healing as your flatmate saying those sweet words ‘shall we order a takeaway’. In that moment of pure bliss, we Britons are more likely to be calling in for a Chow Mein than a battered Cod. Even though the traditional British takeaway is Fish and Chips, it no longer reigns in the top 3 choices (Chinese food, Indian curries, and Pizzas, in that order, are our favourites). So why do our Deliveroo and JustEat accounts reveal a rebellion against British cuisine? The answer: migration. 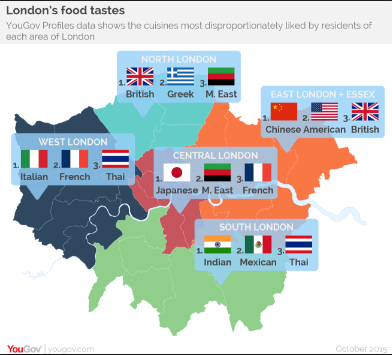 In a cosmopolitan city like London evidence of migration and the development of diasporas is clear. Diaspora refers to a community who are away from their homeland but still share and hold their identity and with them their food. From the Bengali curries of Brick Lane, Bagels from Jewish Delis in Golders Green, the spring rolls from Chinatown or the African Chicken shops of South London. As a practitioner of the Jewish faith, there has always been a clear link for me between identity and food (out festivals are usually linked to either feasting, fasting or removal of a particular food group). (To consider the migration in London caused by regeneration and gentrification click here).

Diasporas of communities often revolve around the creation of place, where their shared customs and traditions can be practiced (including the cooking and enjoyment of food). Although these foods are initially tied to the communities that created them, once introduced to multi-cultured society they are absorbed by all to consume.

If you ever have the opportunity to wander around the edgy streets of Neukölln or the Turkish Markets in Kreuzberg, Berlin, your senses will be bombarded by the array of Turkish cuisine.

Post-WWII Germany has suffered in the treaties, owing lots of money to the Allies, the country had been divided and due to numerous dead soldiers, there was a shortage of laborers. In 1961 Germany solved the last problem by inviting Turkish to be ‘Guest Workers’ or (Gastarbeiter in German). However, the term ‘guest’ is not seen as permanent, particularly when considering Turkish integration into society and thus they developed their own almost completely isolated lives. The contribution of the Turks was never expected to be permanent. But it has.

Out of the 4 million foreigners in Germany today 1.7 are Turkish Gastarbeiter. However, more importantly, many Turks are now second-generation immigrants and are fully immersed participating members of society. The evidence of the impact Turks have had on Germany can be seen by the street food. Fast-food that simulated Turkish home-cooking would have been a welcomed comfort to the early Turk immigrants of the 1960s. However, now the many Kebab shops and Pida bakers have clearly stamped their identity and culture onto the wider German society, regardless of whether they identify as German Turks, Turkish Germans, or something else entirely.

If the current Turkish population was deported from Germany, I can assure you there would still be Turkish restaurants. As Germans have now got a taste for the cuisine and for the younger generations it is an indistinguishable part of their culture.

The legacy of Migration in the UK: Windrush Generation

Following WWII Britain invited residents of (at the time) current and previous colonies to live in the UK. Some of the colonies had recently been given their independence but remained in the Commonwealth. The citizens, referred to as the Windrush generation, were invited to help ‘rebuild’ post-war Britain, with a large number of the migrants entering into service industries, such as healthcare and transportation. Due to this the Caribbean Diaspora is well established in the UK and London. Evidence of this is seen at Notting Hill Carnival in West London over the August bank holiday, which mirrors the harvest carnivals that occur in the Caribbean, like Cropover in Barbados.

However, unlike Germany where the children of the German guest workers are welcomed, fully participating members of society (although there is the overbearing threat of the ‘guest’ residency being revoked). In a Post-Brexit Britain, the climate towards immigration has changed. This has meant that the children (born abroad) of Windrush parents, who came to make a home in the UK, have been threatened with deportation. Although recently the media portrays a Britain is ready to support and protect those who have contributed to the UK community for decades.

Immigration is a fraught issue currently whether it is the Windrush Kids in the UK or Trump’s Muslim-Ban and Mexico Wall in the USA. We live in an increasingly connected multi-cultural world, where more often than not we no longer associate ourselves with one label or identify. We are all a mix of cultures and identifies.

4 comments on “Kebabs: A legacy of migration”