Summer road trips are for blasting out tunes from your car and praying that your Croatian sat-nav is taking you in the correct direction (surprising how frequently that is not the case). When seeing Bosnia and Herzegovina, Croatia and Montenegro, experiencing a forest fire was not on the holiday bucket list.

Whilst driving from Bosnia and Herzegovina to Montenegro an accidental detour down narrow roads led to the discovery of numerous forest fire scars. These are blackened parts of the forest where the fire had literally left its mark.

Forest Fires across the EU: The deeper the red the greater the number of forest fires. (Map: EEA, 2018)

Forest fires are a large fire that destroys an area of woodland or forest. As we can see by the EEA map (right) on forest fires, all areas of the Europe are at risk of forest fires. However Southern Europe is seen to have the greatest potential damage from forest fires in the future.

So what causes forest fires? Forest fires are either caused by humans (bonfires or a lit cigarette) or natural causes; lightning, or the rarer, spontaneous combustion of dry fuel such as sawdust and leaves. However there are several

Drought – Drought is defined as a prolonged period with below average rainfall. The main cause of the forest fire was the lack of rainfall for 2 and 1/2 months. Maps (see below) showing the previous month and 3 months precipitation anomaly map reveal that southern Croatia was ‘extremely dry’, the highest possible category of dryness.

We had already seen evidence of this, during our travels across Bosnia and Herzegovina when staying at a lake-side camp. To enter the lake, you now had to walk 25m across a pebble beach and wade through weeds (both usually covered by the lake water). Other lake side beaches had been abandoned by the lakes dropping water level. 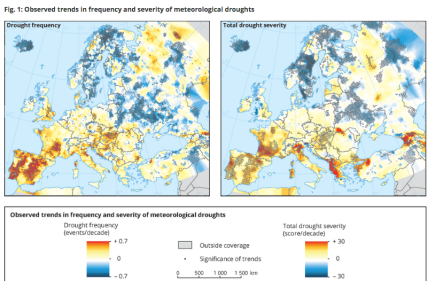 Strong winds and dry weather- As already mentioned the dry weather leads to the natural material being easier to ignite. However the forest fires spread so quickly largely due to the strong winds (around 10m/s) which send the fire in various directions. 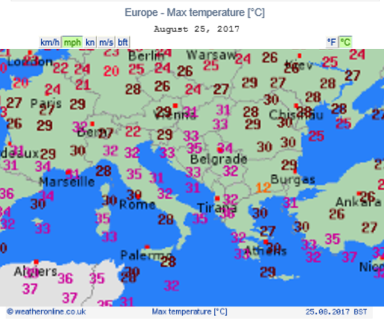 High temperatures- Low precipitation causes drought but also high levels of evaporation (when water turns into the gas, water vapour). Higher temperatures lead to water being able to reach the temperature to change into water vapour, resulting in less water both  on the land (i.e. lakes and rivers). This also occurs with in vegetation, as water leaves via evapotranspiration, leading to the plants being naturally drier. Temperatures were extremely high reaching a high of 26oC on August 25th, when we were at the Montenegro – Croatian Border.

Forest fires had been occurring throughout July and August.  On August 25th whilst stuck (for 3 hours on the Montenegro side) at the Montenegro and Croatia border we were on the frontline of a blazing forest fire. The two countries are not the best of allies (largely to do with the wars following the breakup of Yugoslavia). Which explains why this border crossing took 3 hours, whilst our passports were not even checked as we were waved through from Croatia to Bosnia and Herzegovina.

Nature does not take into account the national borders- to a forest fire the trees on one side are the same as another. Whilst I cannot see any public report on whether Croatia assisted Montenegro, or visa versa.  Montenegro needed much help with reducing their forest fires, Ukraine offered a firefighting aircraft and Bulgaria offered a Mi-17 helicopter. The water bombing planes help secure the fire and normalise the impact. Whether it was these planes we saw on the border I am not sure- however whichever ones there were stopped the flames from reaching us.

During the Forest Fires of July, the Red Cross noted several maybe human impacts. Towns near Split were largely impacted, several homes were damaged and two were destroyed with many without water and electricity leading to evacuation and relocation to a school hall. 100 tourists were evacuated from Montenegro as the flames came close to hotels and campsites on the Lustica peninsula.

As Climate Change sees the temperature of the Meditteranean (and Balkans) increase,  whilst the precipitation (rainfall) decreases. It is likely the cases of forest fires will not only increase, by become more intense with greater areas at risk and damaged. This is currently observed by the EEA, that show that the forest fire trend will increase dramatically across all of Europe. 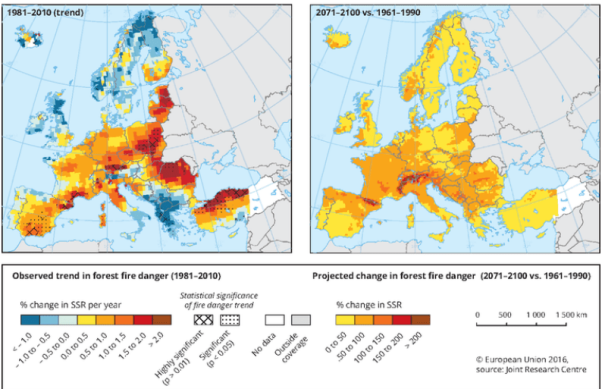